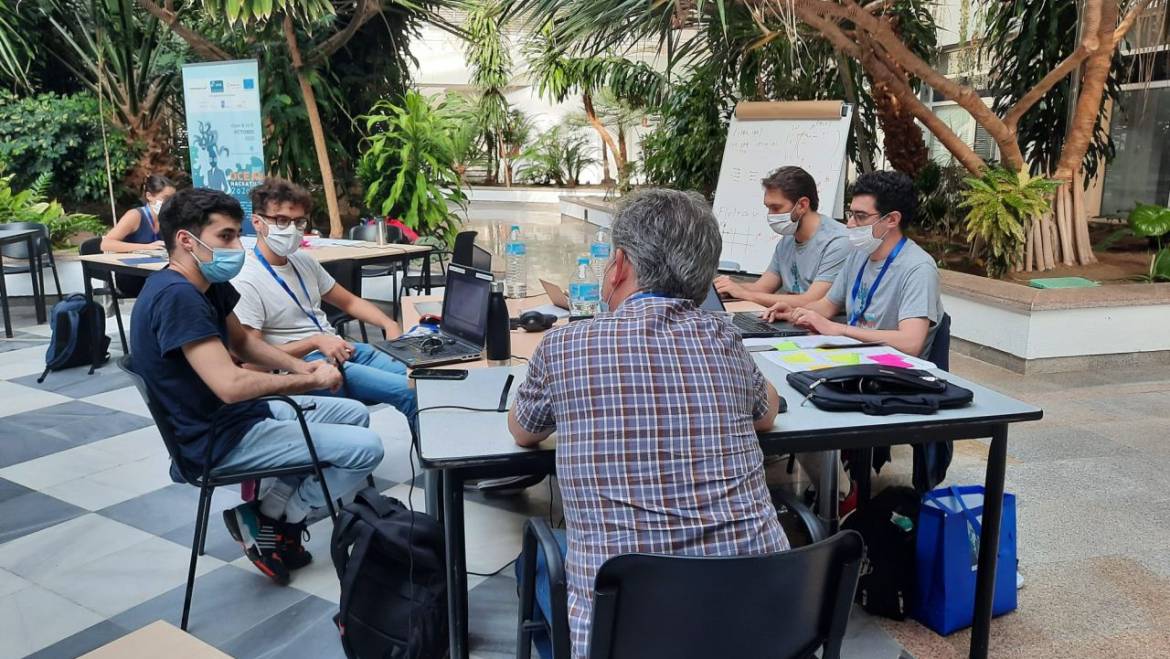 This last weekend, some of our researchers joined the challenge “Route optimization for vessels in the ocean” in the fifth edition of Ocean Hackathon, hosted in Cadiz. Their goal was to reduce the fuel consumption and travel time of sea journeys by tracing routes that follow ocean currents.

In less than 48 hours, the multidisciplinary team had to decide how to approach the problem, process the raw data containing ocean currents, train a genetic algorithm that optimizes the routes based on fuel consumption, and develop a web service able to show the results online.

The team’s hard work was awarded with the third prize. Their project earned a total of 198 points, just 2 points below the runner up. UCA Datalab celebrates this award and hopes for it to be the first of many to come!