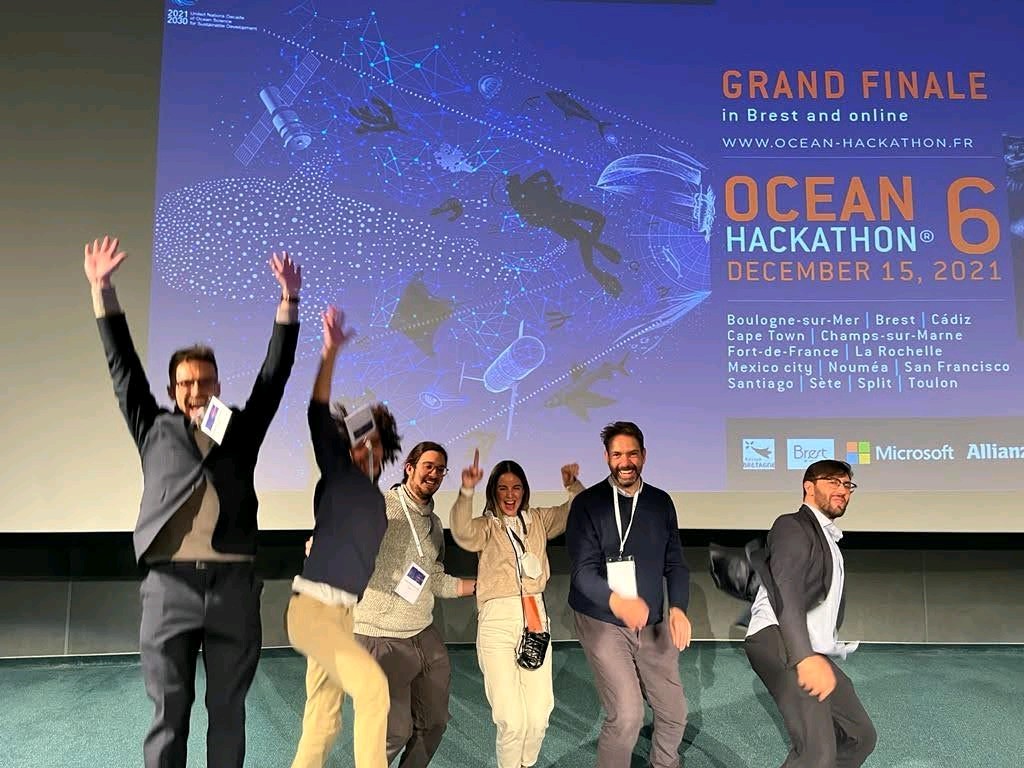 The project Smart Shipping, led by researchers from UCA Datalab in collaboration with the startup Komorebi AI, has won the second prize in the international final of Ocean Hackathon 2021, celebrated in Brest (France). More than a hundred teams from 15 different cities presented their projects in this edition. The regional final took place last month in San Fernando (Cádiz), coordinated by CEEI Bahía de Cádiz and the Access2Sea project, and was hosted in Navantia Training Center.

The goal of Smart Shipping is to optimize marine shipping routes, by using real time information of ocean currents, wind and waves. It is estimated that with this technology, shipping routes will save fuel and reduce emissions, while also improving the security of marine transport.

Ocean Hackathon is an international event, organized by Campus Mondiale de la Mer. The best projects of each participating city were invited to compete in the grand finale, hosted in Brest (France). In this international final, Smart Shipping project earned the second prize, placing ahead of the Stanford team (San Francisco). The winner was an initiative by Fort-de-France.